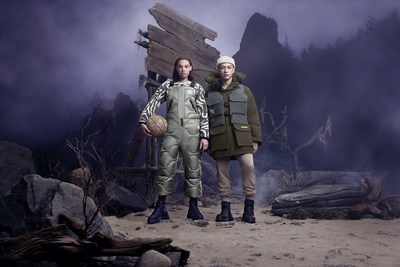 Salehe Bembury is an American designer and the architect behind some of the most relevant sneaker designs of the past decade. Grounded in curiosity, the Salehe Bembury brand embraces a style-without-rules design philosophy through the use of colour, materials, and distinct silhouettes.

"The NBA significantly influenced my interest in design. Growing up watching games with my dad, and loving everything about 90's basketball culture, from the '94 Knicks to Space Jam and The Fresh ," said Bembury. "The 90's were a time of fashion exploration, and that ethos is what I believe Canada Goose, the NBA and I have captured with this collection."

"Salehe Bembury is one of the world's most innovative designers of today and we are excited to work with him as this year's design partner for the NBA All-Star 2022," said , Executive Vice President of Product, Canada Goose. "Our NBA partnership has opened the door to bold new interpretations of the Canada Goose brand. This capsule combines the quality and function that Canada Goose is renowned for with the cultural richness of the NBA and Salehe's boundless design approach." 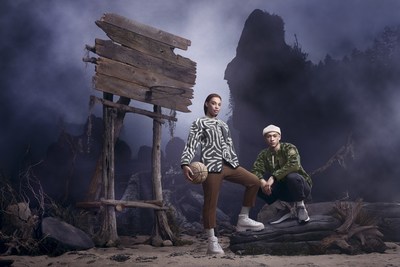 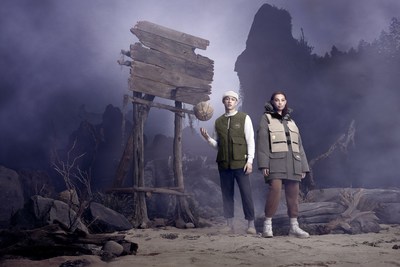 The Canada Goose & NBA Collection with Salehe Bembury is rooted in functional heritage and celebrates the juxtaposition of style without rules. The four-piece unisex capsule is designed to layer, mix and match in an innovative expression of the brand's iconic styles.

The Expedition Parka, developed for scientists working in extreme weather conditions, has been reimagined with an overstated Chenille hood trim and removable vest for an expressive take on the icon, while staying true to the brand's function-first promise. The Concord Fleece epitomizes the freedom of 90's NBA fashion and uses the bold pattern of Bembury's signature all-over thumbprint design for a striking look. The Signal Vest is a transitional weather staple with an exaggerated front hem for added coverage and protection. The Tundra Bib is a legacy Canada Goose style built to protect the lower body from extreme conditions and features adjustable elastic suspenders, and an interior drawcord for an adaptable fit. Each style is punctuated with an exclusive co-branded Canada Goose and Salehe Bembury tonal disc and label featuring Bembury's signature thumbprint motif and the NBA logo.

The 2022 NBA All-Star Game will be held on at Rocket Mortgage Fieldhouse in . NBA All-Star 2022 will bring together the most talented and passionate players for a global celebration of the game as the league celebrates its 75th Anniversary Season. The Expedition Parka and Concord Fleece from the Canada Goose & NBA Collection with Salehe Bembury will be made available to all 2022 All-Star players.

"We are thrilled to see our second capsule collection with Canada Goose come to life ahead of NBA All-Star 2022, in celebration of the game's greatest players and our fans," said , Senior Vice President of Global Partnerships, NBA. "As the NBA celebrates its 75th Anniversary Season, our latest collaboration with Canada Goose serves an opportunity for our fans to uniquely express their connection to our game." 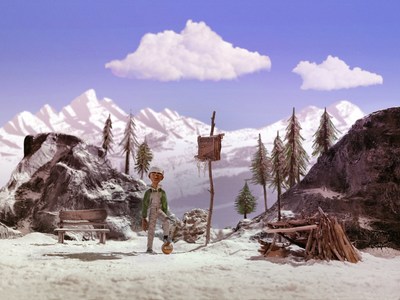 Canada Goose's promise to inspire and enable all people to thrive in the outside world is engrained in the collection for the NBA All-Star 2022 and in the second year of their Play in the Open campaign. Play in the Open is born from Canada Goose's Live in the Open ethos – to express oneself freely and without judgement. This year's campaign is directed by , American stop-motion director, and centres on an outdoor narrative that is grounded in dissolving the rules of reality. It stars a Salehe Bembury figure who is free to Play in the Open.  The three stop-motion animations take place in distinct outdoor environments: on a ridgetop in the Canadian Rockies, a fishing shack on a frozen alpine lake and a basketball court on a remote hillside. The Bembury figure is depicted juggling, fishing, and playing basketball while showing the versatility and power of the capsule collection. The campaign will launch globally timed to the collection launch on .

Play in the Open will extend into Canada Goose retail stores globally, bringing the campaign to life in celebration of the collection and partnership. Select fans will have a chance to own one of the limited-edition 'Salehe Bembury Hand-Painted Figures' by joining Canada Goose Basecamp. Basecamp is the brand's community platform, where members get first access to company announcements, limited edition collections and unique experiences. To sign up for Canada Goose Basecamp, visit canadagoose.com/basecamp.

This year, the Canada Goose and NBA partnership will see the intersection of sport, tech, fashion, art and culture enhanced even more at NBA Crossover in during NBA All-Star 2022. NBA Crossover is a three-day immersive event that includes programming from NBA players and alumni, branded workshops, live performances, and activations. The Canada Goose and NBA Crossover activation will invite fans to step into the limitless universe Bembury and Canada Goose have created through a life-size recreation of a scene from the campaign stop-motion animation.  The experience will include interactive elements that encourage discovery, exploration, and play, while showcasing pieces from the collection. To learn more, visit NBAEvent.com.

About Canada Goose
Founded in 1957 in a small warehouse in , (NYSE: GOOS) (TSX: GOOS) is a lifestyle brand and a leading manufacturer of performance luxury apparel. Every collection is informed by the rugged demands of , ensuring a legacy of functionality is embedded in every product from parkas and rainwear to apparel and accessories. Canada Goose is inspired by relentless innovation and uncompromised craftsmanship, recognized as a leader for its Made in commitment. In 2020, Canada Goose announced HUMANATURE, its purpose platform that unites its sustainability and values-based initiatives, reinforcing its commitment to keep the planet cold and the people on it warm. Canada Goose also owns Baffin, a Canadian designer and manufacturer of performance outdoor and industrial footwear. Visit www.canadagoose.com for more information.

About NBA All-Star 2022
NBA All-Star 2022 in will bring together the most talented and passionate players for a global celebration of the game as the league celebrates its 75th Anniversary Season. The 71st NBA All-Star Game will take place on Sunday, Feb.20 at Rocket Mortgage FieldHouse.  TNT will televise the All-Star Game for the 20th consecutive year, marking Turner Sports' 37th year of NBA All-Star coverage.  Rocket Mortgage FieldHouse will also host Clorox Rising Stars on Friday, Feb.18 and All-Star Saturday Night on Saturday, Feb.19. The Ruffles NBA All-Star Celebrity Game on Feb.18 and the NBA All-Star Practice and NBA HBCU Classic, both presented by AT&T, on Feb.19 will take place at the Wolstein Center.

About Salehe Bembury
Salehe Bembury is an American designer and cultural pioneer making his mark on the world of footwear; most recently holding the title of VP of Sneakers and Men's Footwear at . Bembury is the architect behind some of the most relevant footwear designs from the past decade, including 's classic LunarGrand wingtips, Yeezy Season 3 and 4 Military Boots, and 's Chain Reactions. He's previously teamed up with , Artist , and from Kith. Since his departure from , he has collaborated with New Balance, Anta and Crocs. He uses his collaboration platforms to simultaneously evolve the product proposition for his partners while exploring his recognizable design language.